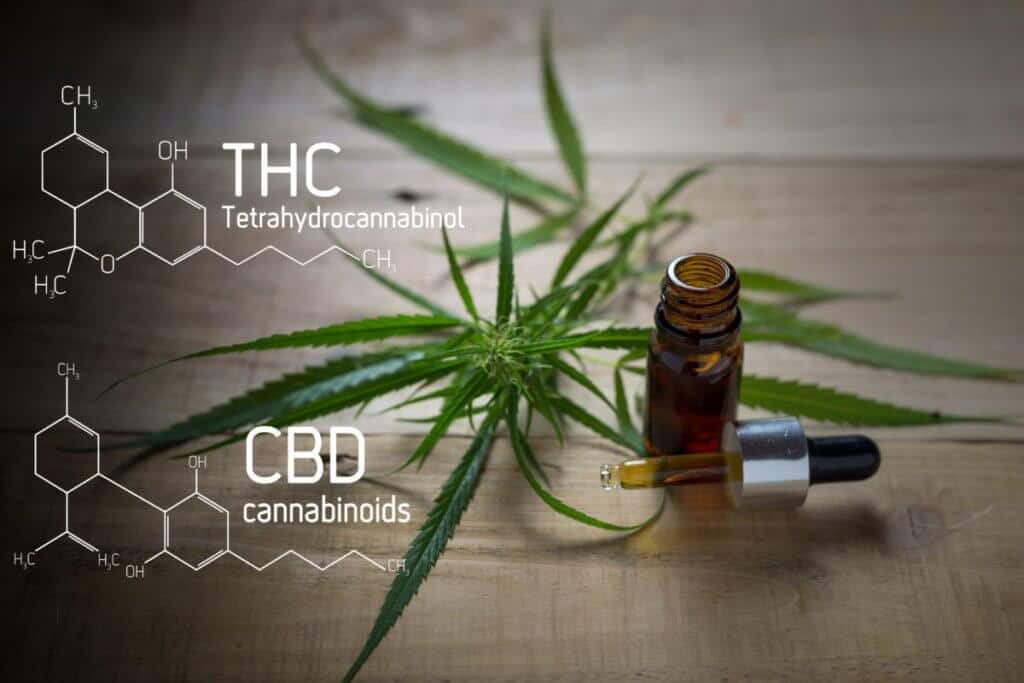 CBD and THC share many similarities, but they are not the same. Learning the similarities helps you get a better grasp of their differences.

Specific phytocannabinoid content varies widely per cannabis strain. Researchers believe there are over 80 cannabinoids found in cannabis, though these two are by far the most relevant due to their properties and benefits.

CBD and THC are composed of the same 53 atoms: 21 carbon atoms, 30 hydrogen atoms, and 2 oxygen atoms. The only difference in their chemical makeup is the arrangement of a single atom. This tiny difference is responsible for how they interact with our immune and nervous systems.

Both interact with our immune and nervous systems; however, they affect each system differently. CBD has soothing and calming effects capable of treating many conditions like sleep problems, pain, and anxiety. THC has similar wellness benefits but stronger sedative effects resulting from the “high” it produces.

Cannabis vs. Hemp vs. Marijuana

While many use these three terms interchangeably, they each refer to a different type of plant. Technically, cannabis refers to a genus in the plant family known as Cannabaceae. Hemp and marijuana are merely two different varieties of cannabis.

By definition, hemp is rich in CBD and has very low THC (0.3%). In contrast, marijuana is abundant in THC but contains insignificant amounts of CBD.

Does CBD Oil Have THC?

The CBD in products is usually obtained through a careful extraction process that removes all unwanted substances from the plant like solvents, metals, and THC. As a result, CBD oil will not cause a “high” or anything close to it. CBD is purely medicinal, and if used correctly, it may help users with a number of conditions.

Will I Test Positive for THC?

Since THC is the psychoactive element in cannabis, drug tests just check for THC content in your bloodstream. Drug tests, like the ones administered at work, only check for high rates of THC, not CBD. So if you are considering a CBD regimen, there is no reason to feel intimidated by the possibility of random drug tests in the workplace.

Do CBD and THC Together Work Well?

Whether they work together well is up to you. CBD is known to diminish the psychoactive effects of THC by inhibiting the same receptors THC interacts with. If the psychedelic effects are too strong for your liking, CBD can help make your high a more pleasant experience.

CBD won’t “cancel out” the effects of THC. It simply reduces the effects and feelings associated with the high. Additionally, CBD oil will not eliminate traces of THC from your system, so if you have consumed THC, it is likely it will show up on drug tests regardless of whether or not you mixed it with CBD.

Does CBD Cream Work For Pain?

CBD is a hot product on the homeopathic market. Many consumers are taking a daily

How Much CBD Should I Take for Pain?

A 2019 survey found over 20% of U.S. adults were suffering from chronic pain, and

CBD is a hemp plant extract that’s taken the wellness supplement world by storm. You